Freedom is a word brimming with goodwill. The idea of being “free” appeals to us. We are enraged at the prospect of being “un-free.” It is frequently portrayed to us as a dichotomy: on the one hand, freedom of expression, free choice, and democracy – and on the other, oppression, restriction, and authoritarianism. We must protect the former from the latter. (Gopal, 2015)

We are regularly informed in the sophisticated capitalist polities of the West that freedom is the distinguishing value of our time, that it is a treasured thing to be preserved by virtually any means, even a degree of un-freedom, such as enhanced monitoring or rapid militarization. As David Harvey puts it, as a result, it freedom is a word that is used to many dubious ends, including the newly familiar notion of “bringing” freedom and liberty to a “recalcitrant world.” (Gopal, 2015)

Although many have lauded the importance of free, or independent, media, there is considerable disagreement about what constitutes media freedom from government influence. Certainly, it is critical to evaluate the role and practices of the media rather than the questions of law and possession. Freedom House considers the legislative, political, and economical settings in which media function in its index of press freedom. (Whitten-Woodring, 2009)

In the article, “Watchdog or Lapdog? Media Freedom, Regime Type, and Government Respect for Human Rights”, Whitten-Woodring (2009) shared that the index of press freedom, “includes the following criteria for free media: constitutional provisions protecting press freedom and freedom of information; enforcement of these provisions; the absence of laws restricting reporting; freedom of media outlets to determine content; free access to official and unofficial sources; a lack of official censorship and journalist self-censorship; freedom of media outlets from intimidation and violence; and freedom from economic control on the part of both governments.” (Whitten-Woodring, 2009)

“Malta was ranked 81st in the annual World Press Freedom Index issued by Reporters Without Borders earlier this year. According to RSF, the climate of press freedom in Malta remains a source of worry more than three years after the murder of journalist Daphne Caruana Galizia. The public investigation into this crime has helped to expose aspects of political meddling, police cover-up, and complicity with the murderers. Other examples of strategic public involvement lawsuits have occurred, according to the report, including efforts to push the journalist’s son, Matthew Caruana Galizia, and other Maltese journalists.” (Times of Malta, 2021)

“The silencing of the press by the political structure, discrimination in access to information and an ineffective judiciary system continued to hamper public interest investigations and pose threats to journalists in their profession.” (Times of Malta, 2021)

References Of Research And Images Produced

Jones, E. (2019, April 18). Five reasons why we don’t have a free and independent press in the UK and what we can do about it. OpenDemocracy. https://www.opendemocracy.net/en/opendemocracyuk/five-reasons-why-we-don-t-have-free-and-independent-press-in-uk-and-what-we-can-do-about/ 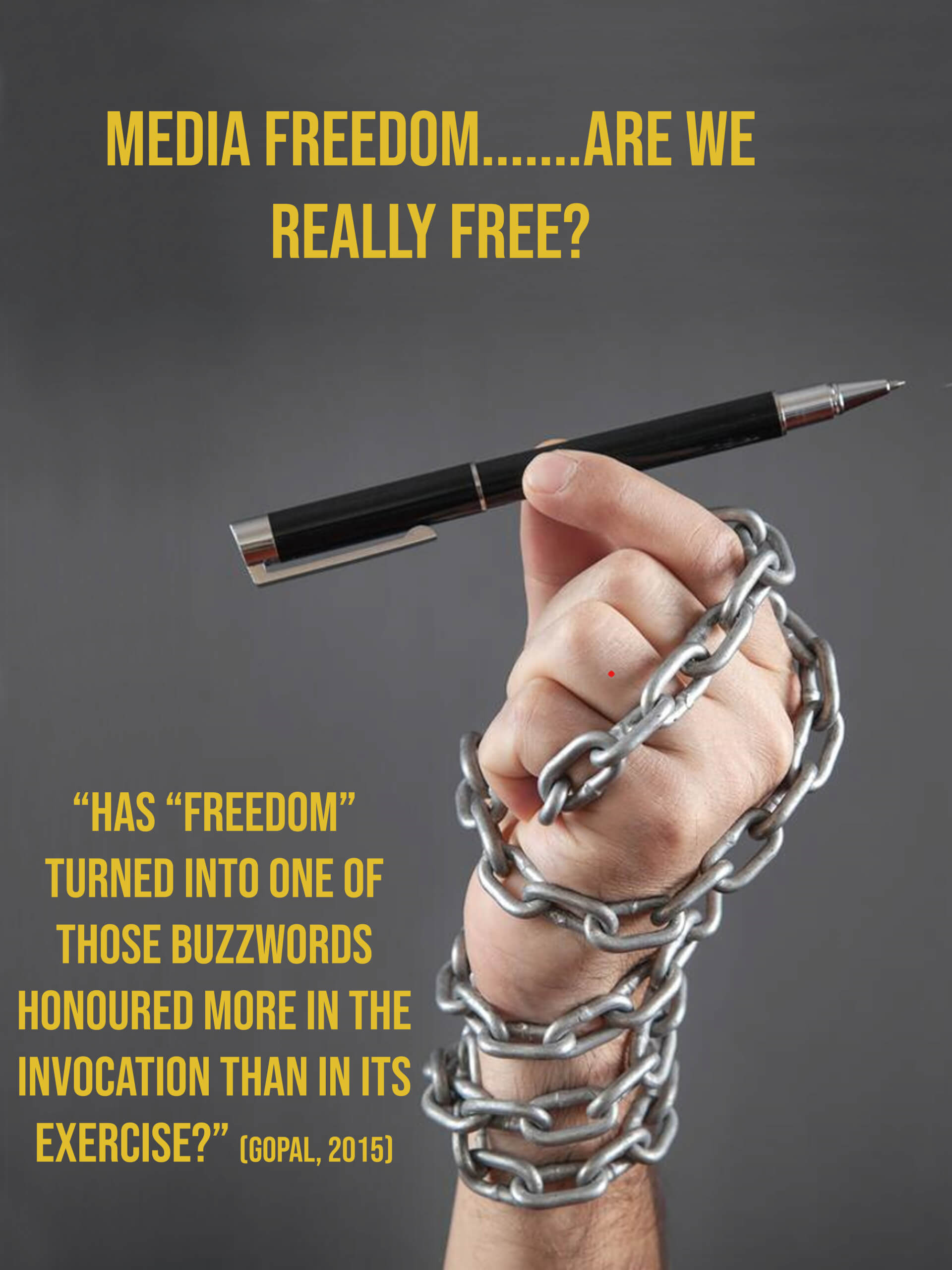 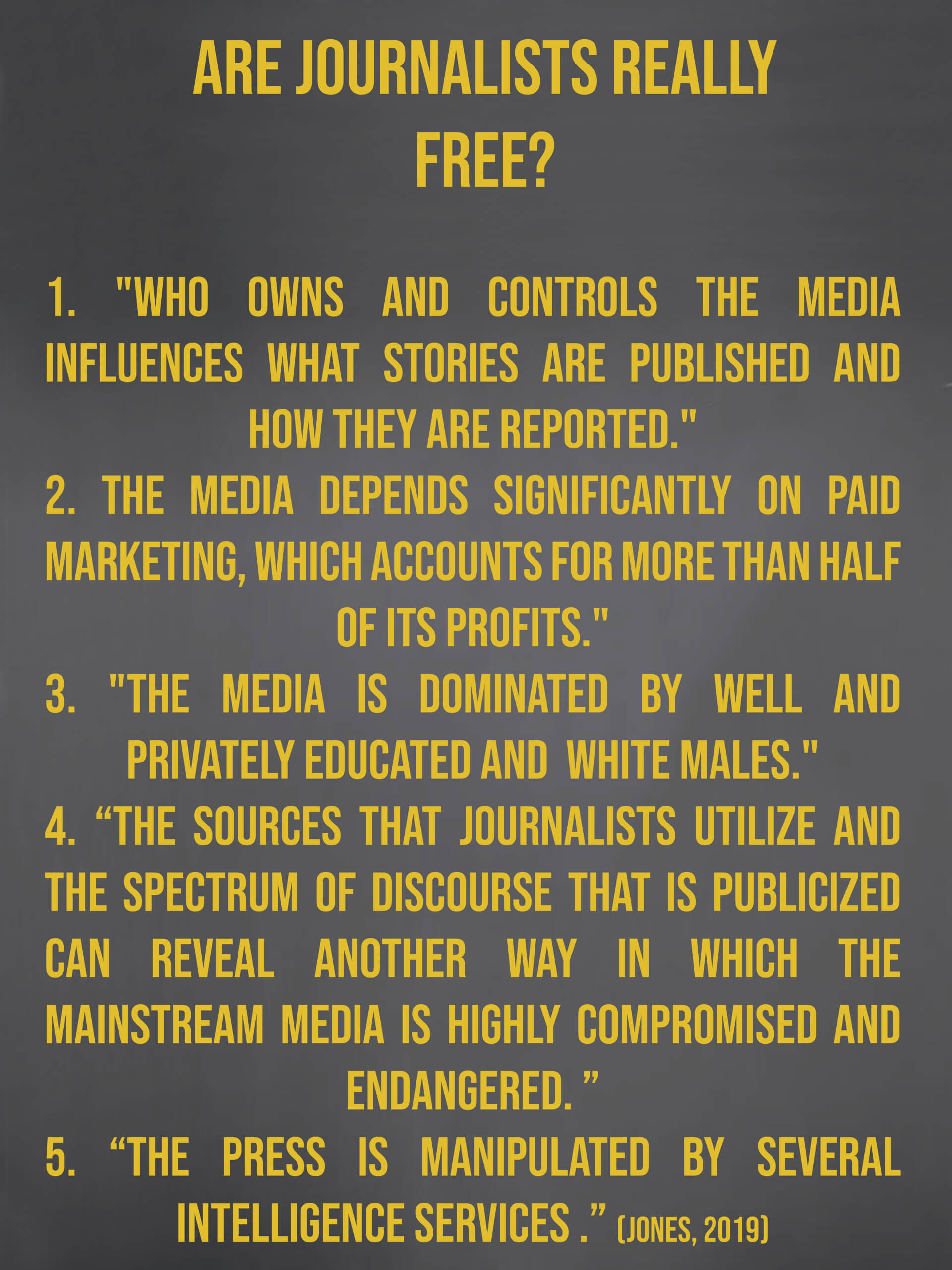 Matheo Mencucci – Fake news, what it is, how to recognize it, and some...