Distrust in media sources is the root issue of polarisation – but blockchain can help the fourth estate.

For those individuals in media audiences that are discerning, from any generation, it is hard to understand what is the right source of media. While one’s influence for which media to consume is based on many socio-economic factors, such as, what channels, whether TV or online, ideologies, right or left wing, and even the depth of content, books or popular programmes, is influenced by one’s environment and such characteristics.

It is no surprise that trust in the mass media has decreased over the last few years quite drastically. People are doubtful of their new casters and the stories they tell. According to one survey amongst respondents in America, 68% of Democrats trust the media while Republicans are at a lower 11%.

The events of the attack on the Capitol in January 2021 was a clear manifestation of the deep polarisation within American society. Many do point to Trumps speech a few days prior to the attack as a source of motivation for the rioters. Yet the most shocking part of the whole event story in terms of media coverage is that, while partisan media outlets are a reality of democratic societies, the extent to which Republican and Democratic have fuelled a polarisation could have led to such hostilities in the first place. 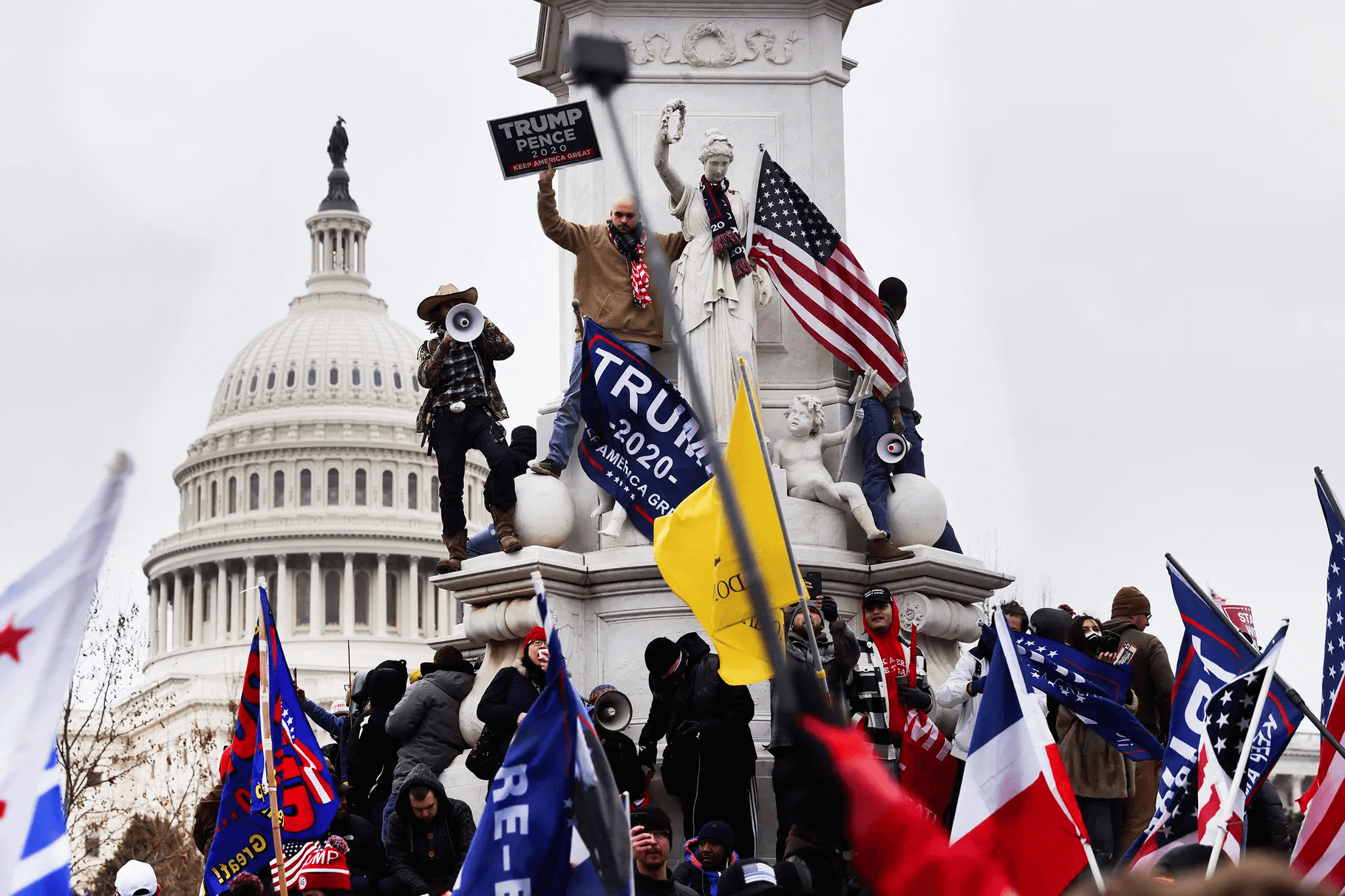 According to a research report by a Professor of Government and the Press at Harvard Kennedy School, there were remarkable differences in tone and coverage of Biden and Trump from FOX and CBS. Fox’s coverage remained partisan heavily on the side of supporting Trump. Yet, 95% of CBS coverage of Trump was negative statements.

Regardless of any news station’s tone, it should be clear that such an event as the attack on the Capitol should have never taken place because there is a clear source of news information that is indisputable and trustworthy amongst all members of the society. It is a threat to have any number of people, as small or large as those rioters, wholeheartedly believing that any other news outlets could be consciously and intentionally peddling false news to steal an election.

Yet, national politics is not the only issue that trust of different media sources is creating in society. There are many other instances we can look for around us in society, with a little close attention to people’s strongly held narratives and a few questions about their source of news information, and the root of the problem is revealed as there is no one uniform and universal source of truth in information amongst all members of society.

When it comes to vaccine hesitancy, there are many reasons one might choose not to take the Covid-19 vaccine. Some anti-vaxxers opt not to choose to be vaccinated because of a fear that the vaccine is not effective as many still keep contracting the virus. Others believe that the full truth about the vaccine is not being published in mainstream media. The idea that mainstream media is deliberately and intentionally not covering stories of the faults and failings of the vaccine is a core element in priming individuals to believe other sources of news. 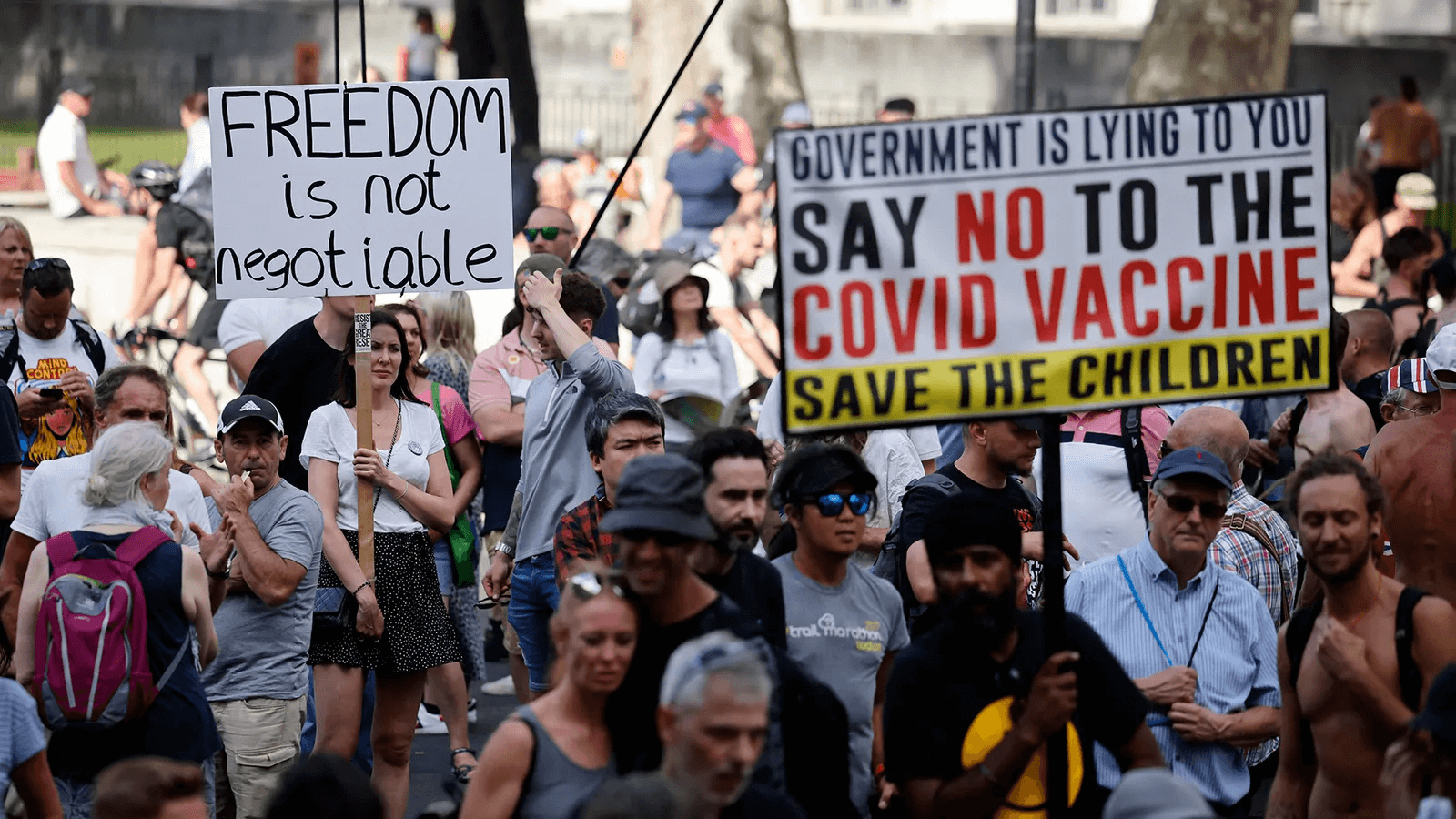 And unfortunately, even as the vaccine fails in certain regards, such as stopping the spread of the virus, when there is a lack of deliberate coverage in a negative tone, anti-vaxxers take this lack of coverage as an example of the unwavering illogical stance the mainstream media holds in favour of the vaccine as a method of preventing the pandemic. When the main news sources, such as national TV stations and international stations, publish the repeated interpretations, certain groups, in this case anti-vaxxers, will view the mainstream media as fueling the narrative that is politically and economically desirable.

The source of funding for such mainstream media stations is also an ever present problem as well. Anti vaxxer, without certainty on the credibility of mainstream newscasters being dignified journalists, are left to wonder about the motivation for broadcasting stations to promote the vaccine. Media owners, or people working in high positions are media outlets of public broadcasting are strategically positioned to interact with the mechanisms that produce and regulate media. Without a clear delineation and separation of big business and big pharma, minority groups begin to view the mainstream media as spokesmen for the System.

In such moments of distrust, new media sources, such as social media postings and online articles, can begin to feel more trustworthy to those in doubt, leading to the increased interaction with disinformation. The worst manifestation of such polarisation is seen in protests against mandatory vaccination in the Netherlands.

Such polarisation can only be the result of separate groups of people holding very opposing ideas of how events conspired, and consuming rather contrary and conflicting media and information that pits them against one another. It is difficult for viewers to feel trust in understanding that the news they are watching is not produced and published, even unbeknownst to the newscaster themselves, for the sake of a wider political agenda.

It has long been said that the media is the fourth estate in democracy. There is the legislative, the judicial, the executive, and legacy media. Yet, when we look at it in terms of the laws that govern media stations, both traditional and new, there is a certain independence afforded that is different to the centralisation of the other three pillars. While this is critical to maintain for the sake of democracy and fighting against autocratic forces, there needs to be a sense of centralisation that is detached from the executive core of government. As the fourth estate in any democracy, a country in which people do not trust the media not only leads to a difficult populace to govern, leading to protests and violence.

While there is a continual emphasis on transparency, the transparency can no longer be made available for a few individuals in official positions of power of information of the top story of the current moment. Whether the latest news article is about the vaccine, or the results of the elections, those individuals who are interacting with the primary information, that is the source and evidence of the truth, need to be able to share what they have access to in a manner that is truly transparent and valid. Transparency needs to be in its rawest, most exposed form.

Journalists will remain the conduit and channel to media infrastructure, yet journalists will need to validate their sources in such a way that any individual can access this evidence in a way that is concrete in validity. It will remain the role of the journalist to decipher the primary source, be it the technicalities of the results of a test, yet the scientist must provide the journalist with the raw data that will be the proof of validity in a vaccine, for example.

Technologies such as the blockchain can begin being explored for their traceability and interoperability where sources of information can be submitted and validated Security or privacy tokens can be issued, and these could become the sources for media articles, be them TV or online. Broadcasters mention their story is validated by a type of token, or the token ownership is referenced in an article.

While a media landscape where ‘everyone is a journalist’ will still remain, for the intrinsic benefits it has for shining on light underexposed narratives, when it comes to the longer, more drawn out stories, evidence becomes solved once and for all.

Matheo Mencucci – Fake news, what it is, how to recognize it, and some...
Scroll to top