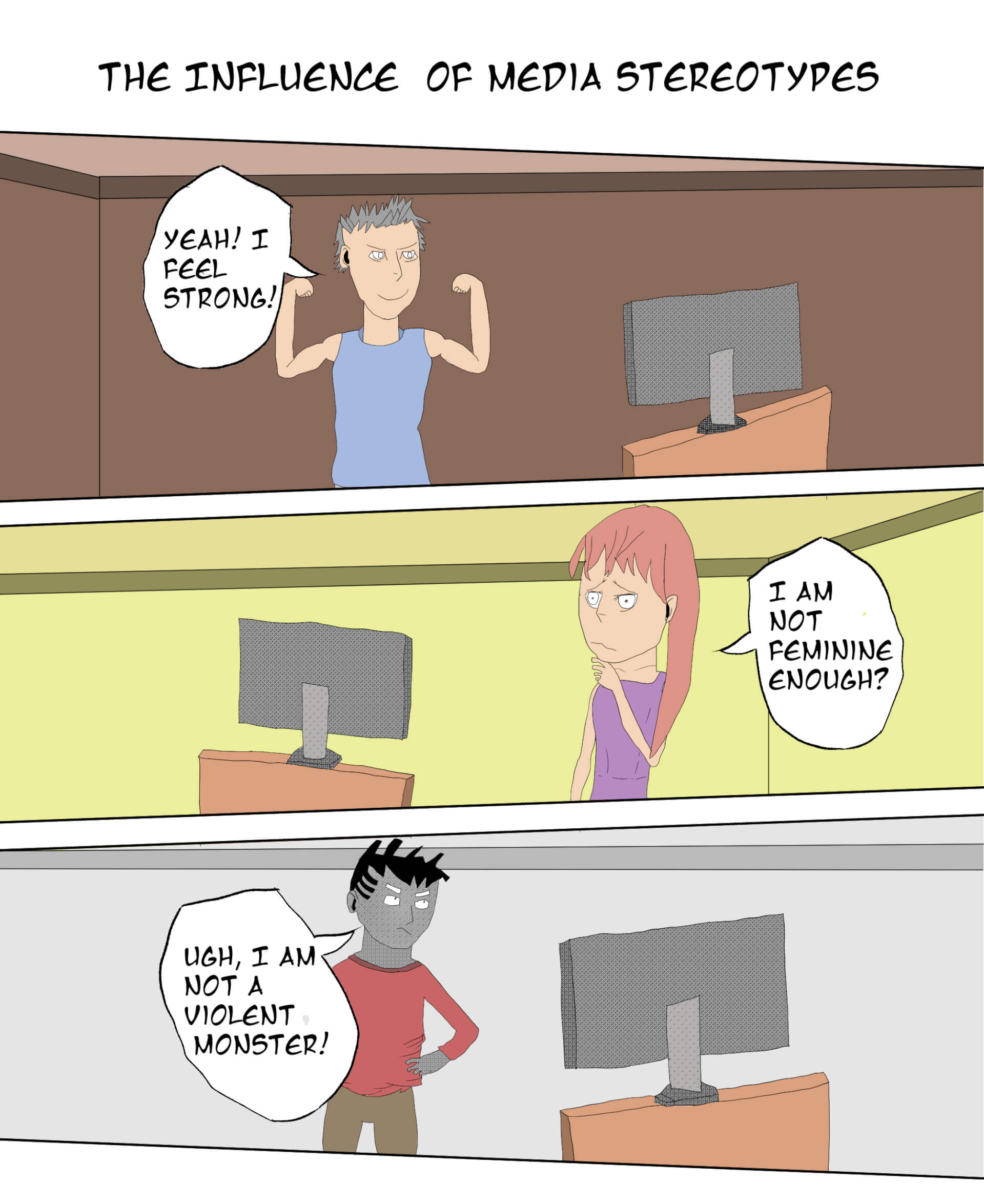 The following evaluation which was created would focus on outlining the research undertaken and the development process for the Gen Z Project, which consists of a single page comic which aims to express how different media stereotypes which are being portrayed in the media affects different types of audiences.

By definition, a stereotype consists of a belief regarding a certain group of people, where one would assume that a person belonging to a certain social group would possess certain characteristics which everyone else from said group would also have (McLeod, 2017). A notable example would include gender stereotyping, where men are viewed as natural leaders and assertive whilst women are viewed as passive and nurturers (Gender Equality Law Center, n.d); Another example involves racial stereotyping, where a common stereotype is that black men are viewed as violent and threatening individuals (Hester & Gray, 2018).

According to an article published by Wang Yuen (2019), the manner in which stereotypes are expressed in the media could have an effect on how one would feel about themselves. She paints an example with regards to how Hollywood represents certain people, explaining how white males are portrayed in a positive manner, where they are typically cast as the heroes of the story, whilst other groups of people such as females and black people are portrayed in a more negative manner, where they are cast as mere sidekicks, villains or portrayed as sexual objects, in relation to the stereotypes outlined in the above paragraph. This results in the former group feeling good about themselves, whilst the latter groups tend to feel more negative.

With regards to the comic, I opted to depict three different people from different social groups: a white man, a white woman, and a black man, who are reacting to the way they are represented in an unspecified piece of entertainment they are consuming.

The media which each person is viewing or receiving was purposely left ambiguous, so as to allow the viewer to interpret what the persons might be viewing in their own way and come to their own interpretation of what might be causing them to react in the way that they are,
which puts the emphasis on their reactions. However, to help get the message across some
dialogue was included so as to describe to the viewer the form of stereotype that is being
depicted, and what might be the most likely response to said stereotypes.

The decisions taken to create this comic were based on my own personal experiences where during my adolescence years, I blindly accepted stereotypical traits which were presented to me in films and television shows as factual until I realised that this was a result of the media feeding me information which I was forced to accept as fact, due to my inability to consider what I was being presented with at the time. This personal experience alongside the research done allowed me to come to the conclusion that in relation to media freedoms, even though it may seem like we have the ability to think freely about ourselves and other people, it is not always the case due to the power the media has to influence others to think in a certain way through the messages they portray.

Kelly Scerri De Carlo – Who Is Responsible?
Scroll to top