Social networks have acquired a fundamental role in the daily life of young people, becoming almost one of the most widespread means of communication in the world, but not everything that appears on Instagram, for example, almost always corresponds to reality.The rising influence of social media has regrettably pushed people to live on the web, hiding behind the screens. Eating out for a photo, traveling for a photo, squandering money for a photo — and it has become this dystopian society of deceit. Studies have shown that people who frequently and/or intensely use social media tend to have a lower self-esteem or depressive symptoms, especially when seeing images of people “living the life.”

And while some people use social media as an outlet for a cause or to raise awareness, many others use it to showcase an unrealistic and deceiving scenario. Is the person we see on the screen the same person they say they are behind the screen?

The mechanism that describes the phenomenon of social approval in psychological terms is called positive reinforcement and leverages the area of the brain called Nucleus Accumbens, where a complex neuronal system is ready to release dopamine (the hormone of happiness) at every approval, at every like, hence the need to publish interesting content that responds to a model. In its original series, Black Mirror, Netflix released an episode entitled Nosedive. Charlie Brooker, the writer and creator of Nosedive, describes the episode as a satire on acceptance and “the image of ourselves we like to portray and project to others.” The main character of Nosedive, Lacie, has essentially lived her life trying to please everyone to get “higher social points.” She believes that her value as a human being equates to the value of her “points” or, in this case, “likes” in social media. Many have fallen for the trap. People post things about themselves, that aren’t entirely true, thus allowing ‘followers’ and ‘friends’ to judge them for the lives that they want others to think they have. 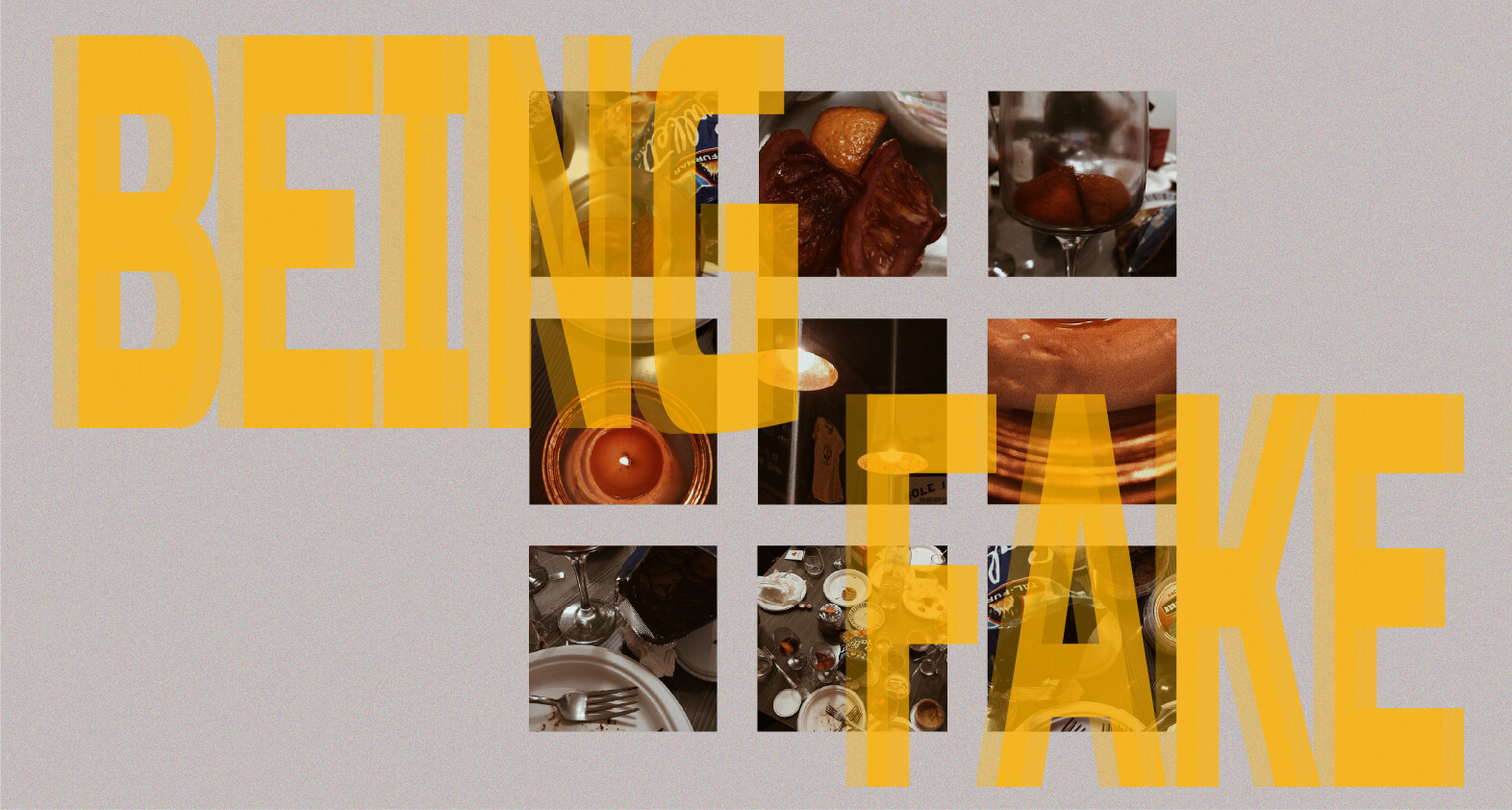 Explanation of the work

My final project aims to highlight how easy it is to disguise reality in the eyes of other people and to do this I photographed a normal evening between me and my friends in which the use of cell phones is a distraction. We are so addicted to the use of technology that sometimes we forget there are people around us and the only thing we are able to observe are the lights from our phones, which hypnotize people by alienating them from the world and from the real things that really exist. In “Being Fake” photos I wanted to represent the type of photos that create “likes and shares”; the story I wanted to communicate through “being fake” is that of a simple influencer who makes her followers believe that she spent a perfect evening drinking and eating in good company. On the other hand, in “Being Real” photos series the goal is to show the followers that the photos published previously are misleading because they do not correspond to reality; the chaos on the table, for example, on the photos shown previously has been manipulated and transformed into something else.