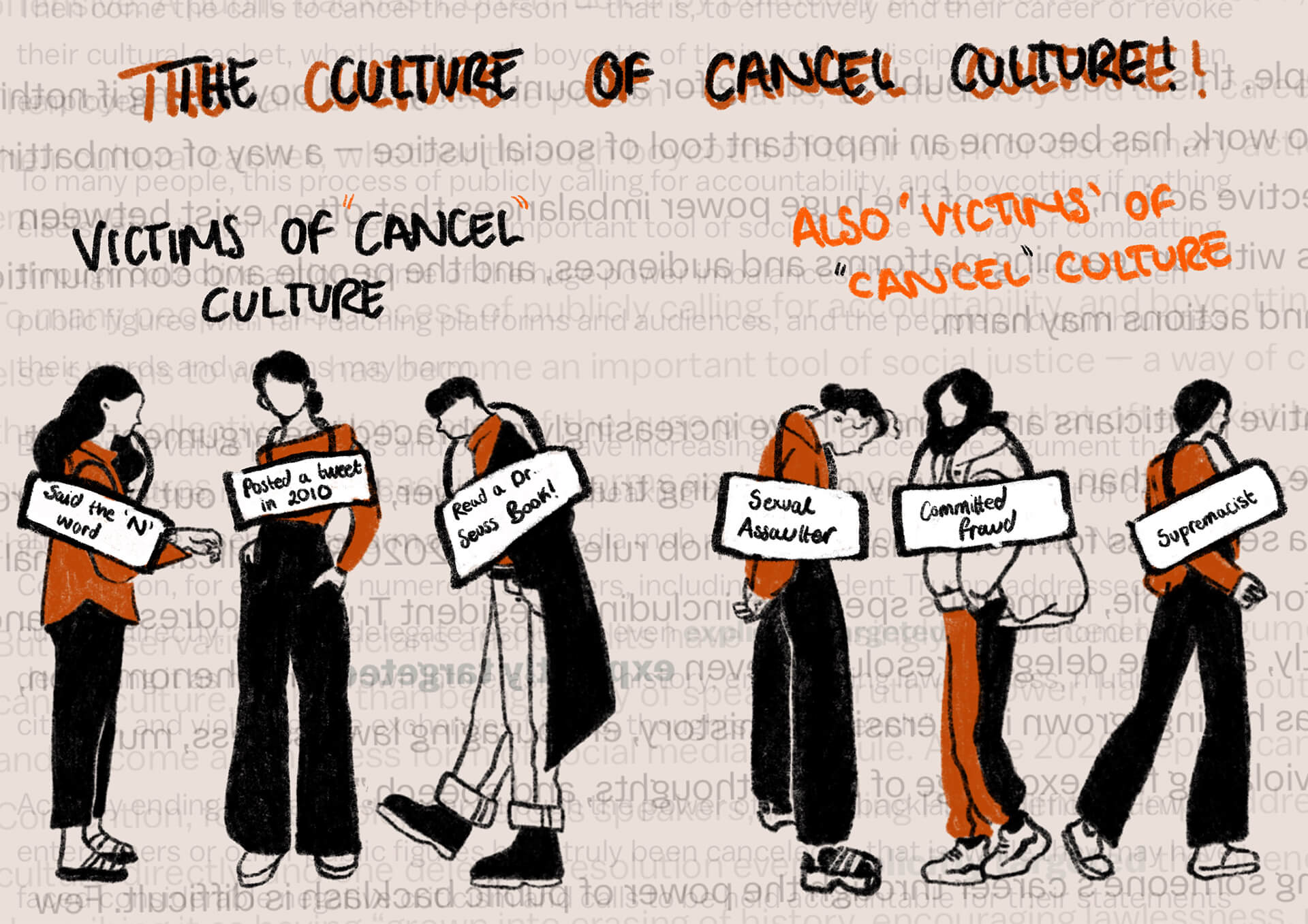 The Culture of Cancel Culture!

This may very well sound like another rant from some Gen Z dreamer hoping the world could be a better place to many people, but frankly, I just see it as someone questioning why people can’t digest the basic principle of actions having consequences. Don’t get me wrong, I see why so called ‘victims’ of cancel culture are reacting the way they are, one cannot expect anything else from selfpitying individuals who are not used to being called out for their wrongdoings.

Although I seem to have my mind made up on the question surrounding cancel culture, I myself had come to question whether it had actually gone too far when doing my research. It is true that campaigns such as the Black Lives Matter movement as well as the Me Too hashtags have created a lot more awareness regarding sensitive language and caution when it comes to being ‘politically correct’, and although these may seem unnecessary or even extreme to some, it is all a result of injustices being passed off as unimportant in the past. At the end of the day, people are flawed, they make mistakes and say things they don’t mean or things that come across differently to what they intended it to, but these are not the only individuals suffering from the outcomes of cancel culture. The problems brought up stem from the fact that just like everything else, ‘cancelling’ has been generalised. Something that started off as minorities standing up for their values has become a way for people to call out anything that can be considered “politically incorrect”. Unfortunately, people do not realise that although, in some cases, cancel culture is being taken a step further than what is necessary, the initial cause for ‘cancel culture’ still stands. This is why one cannot simply say ‘Cancel Culture’ has been taken too far!

What we should be questioning right now is why people who passed a questionable comment and people who committed sexual assault are being called out in the same way, on the same platforms, by the same community of people. Social institutions have failed in taking action against criminal offences and the only place left to comment on this disregard is social media. People feel the need to speak up against these injustices online because they feel like not enough is being done to achieve justice for those in the minority by those who’s job it is to protect them. This in itself is a positive outcome of the buzzing phenomena that is “cancel culture”. It is due to this reasoning that one must consider the positive outcomes of ‘cancel culture’ when criticising its downfalls.

I personally admit that this subject has me going around in circles. I strongly believe that cancel culture started out with good intentions and still has very good motives in place, however, some individuals are judged harshly for mistakes made in the past or even for unintended offences. In all political debates like this, I often turn back to the issue of a lack of education which leads to lack of reasoning. This issue however is a long way away from being tackled.

Giulia Cicero Santalena – Being Fake, Being Real
Scroll to top