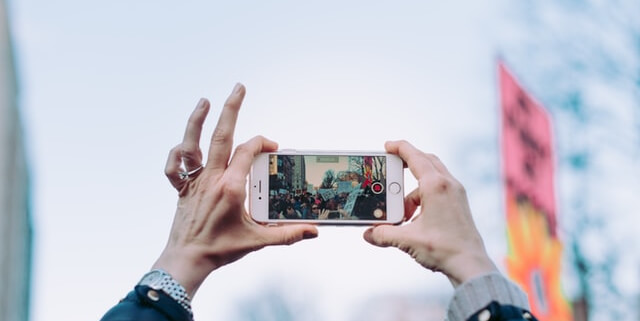 Journalism. It is sometimes referred to as the fourth estate or fourth pillar of democracy because of claims that it can advocate and educate. For journalists, that’s a considerable amount of responsibility to carry.  Their job is to seek out the truth and spread it to the masses – or at least all those that would be affected by it. Trust in mainstream media has been built on this narrative – journalists are meant to work for the public good.

Traditionally, those seeking a career in journalism attend university where they secure communication and related skills, such as how to identify stories and ‘news’ of interest to a target audience. There is also an emphasis on the ethical guidelines journalist are obliged to abide by when reporting. Not every journalist has a higher education degree but most would have at least some type of formal training.

Does journalism require professionalism? The mass uptake of social media usage led to a surge in “citizen journalism” as the people formerly known as the audience took to the platforms of their choice to disseminate information, and sometimes, do the ‘work’ that journalists are expected to do. Any person with a smart phone or computer, access to the Internet and social media platform may share stories, information and opinions. It would have been a lot harder to do citizen reporting sixty years ago when you’d have to convince someone to interview you on television whereas now you can turn your phone on and go live on Instagram , Facebook or Twitter in a matter of seconds.

Some would argue that some of the most important news stories of our time have been broken by citizen journalists or at least greatly contributed to by them. In 2020, when U.S. police officer Derek Chauvin knelt on George Floyd’s neck, a teenager, Darnella Frazier, recorded the incident on her phone. The video she took spread like wildfire across social media, was used as evidence during the trial, and eventually led to Frazier receiving an honorary Pulitzer Prize.

Yet citizen reporting is also associated with power without responsibility. The ability to develop or share a story online without fact-checking has serious ramifications, since so many people are apt to believe what they read online – and particularly if that ‘news’ is shared by friends. We live in the age of misinformation and ‘fake news’ and no seeming resolution in who and what to trust: a 2018 study by the Knight Foundation found young people are more likely to trust content published on social media than the stories published by traditional news sources; in 2021,  a UNICEF-Gallup study suggests otherwise.

Consider this: without social media’s ability to amplify ordinary voices, do you think there would be so much vaccine hesitancy during the pandemic? The topic doesn’t have to be that serious either. Let’s consider pop culture. Without citizen journalism, would Netflix’s Squid Game have become a global phenomenon?

We know citizen journalism occurs. We know it is being consumed, believed and in many cases appropriated by mainstream media outlets. The question is: if citizen journalism is here to stay, how can it be improved? Since truth matters – and there can be no power without responsibility.

Should Social Media Platforms be Regulated?