Whenever I hear about the topic of “media freedoms”, especially within the local Maltese framework, one person comes to mind as her name and the subject are almost synonymous – that person being Daphne Caruana Galizia. Daphne Caruana dedicated thirty years of her life towards seeking the truth at all costs, as a reporter, as an editor, as a columnist and most definitely as a blogger. In 2017 Daphne Caruana was assassinated by means of a car bomb. That very day was a sad day for our country’s democracy as she was one of the hallmarks of freedom of expression and many people both nationally and internationally were in shock; protests arose shortly after, and many people had mourned her death and paid their tributes. In this respect, I decided to dedicate my project entry as a tribute towards her efforts.  During this time, I was discerning a famous quote that Marshall McLuhan had stated, which is: “The Medium is the Message.” I felt that McLuhan’s criticism regarding media could be applied as parallelism towards Malta’s situation where Daphne was the “Medium” and her journalism was the “Message”. In this sense, we have lost a substantial amount of our “Message” due to the loss of our “Medium” – I tried to visually depict this with the best of my ability using Photoshop.

To start off, I created a selection along Daphne’s black and white portrait. After that, I refined the edges around her face, added a black background, and split the portrait in half. Later, I added a substantial number of triangular selections within the left side of her facial features using the Polygonal Selection Tool. I then filled the selections I had made with the average tone in each selection as to create a Polygonal Portrait. Then I selected the right side of the portrait and added the Cut-out filter from the filter Gallery. Later, I added the text stating: “THE MEDIUM IS THE MESSAGE” using the Bebas Neue Regular typeface, added a black layer on top of the text, selected around the text, adjusted its proportion, and cut the text from the upper black layer. I then lowered the opacity of the black layer a bit to about 74% and added a reddish tone by adding an upper solid red “pin-light “layer to both the portrait and the text. Finally, I created a splatter on top of the portrait and applied it using the pin light blending mode in Adobe Photoshop – this was done both for the abstract effect of blood and to make the overall piece a bit less formal. 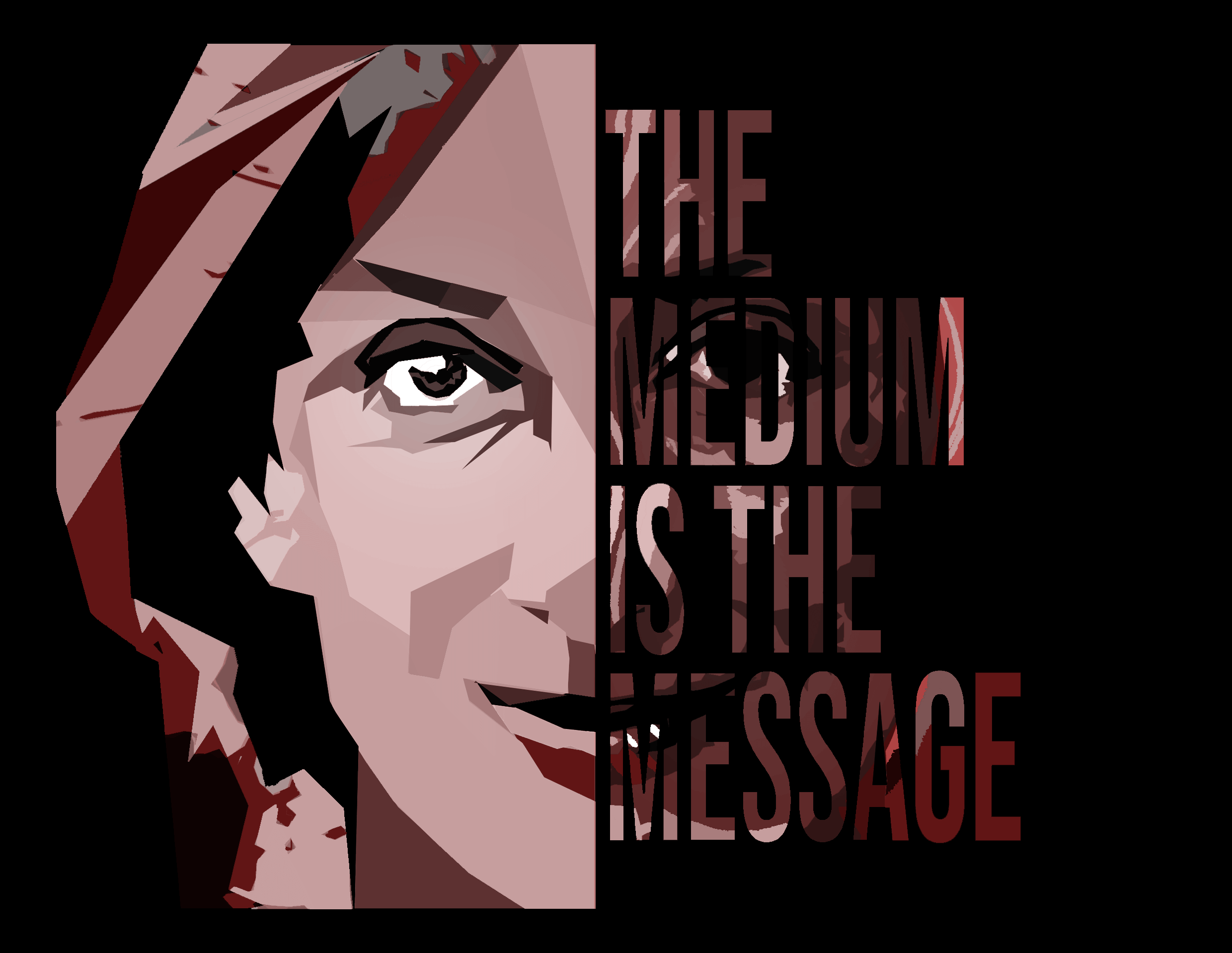 Christian Bugeja – Trap them without them even knowing
Scroll to top