In this project I decided to focus on influencers and their role in society. I did some research on influencers, and was surprised to learn that influencers have been around for a much longer time than social media has. Influencer marketing has been a prominent tool for selling products for a long time. I found several examples of this, but the two most prominent ones were those of gladiators helping to sell wine, and royals selling tea sets. Gladiators were influencers because they would drink certain wines and this made the spectators want to drink the same wine. A similar thing happened with Josiah Wedgwood, who produced a custom-made tea set for Queen Charlotte. This tea set was then marketed as “Queens ware”. The fact that the royals used it meant it was prestigious, so everybody wanted to buy it. In this case, the royals were the influencers. I decided to focus on the gladiator as my influencer, and thought of ways to create an artwork about this theme. I decided to make it playful, by making it seems as if the gladiator is doing an Instagram live, as he stands in the colosseum holding a glass of his favourite wine. This poster aims to show how long influencer marketing has actually been around. It juxtaposes the ancientness of the gladiator with the modernity of social media, to show just how much nothing has changed since then in terms of influencers aiding in the selling of products. 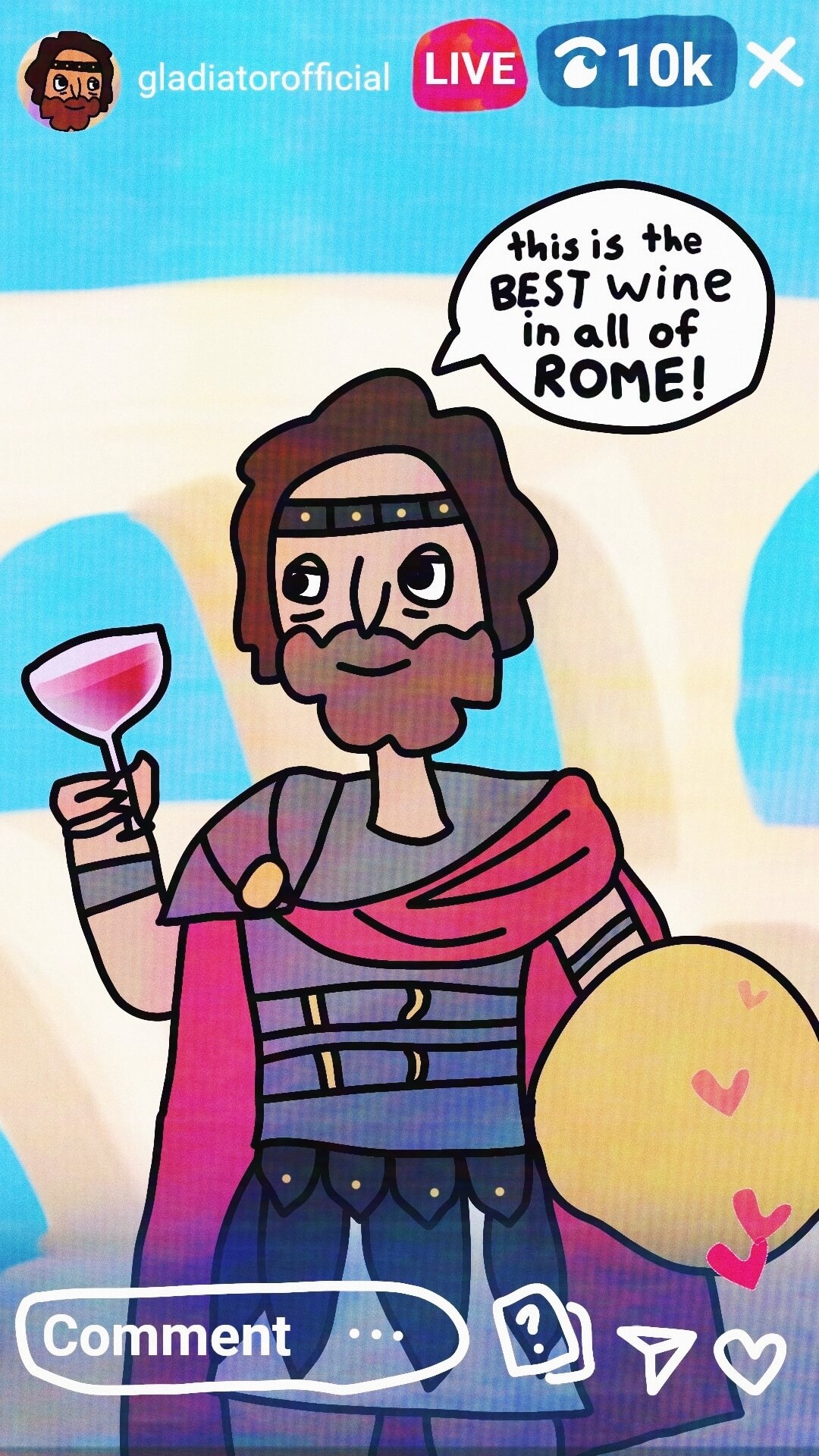 Amy Rizzo – Hype me up

Carlos Cutajar – The Medium Is The Message
Scroll to top