When I was seeking for more information regarding media liberties, I discovered that censorship is a major issue around the globe right now, whether it is in the news, on social media, or through personal surveillance and censorship.

I’ve seen that the government, particularly in Malta, has a habit of spreading half-truths, misinformation, and misleading headlines, and occasionally even fails to communicate critical facts. Irrelevant of the political party, news is neither impartial or balanced, but rather contains a wide range of personal interests.

Initially I created an artwork that related to social media addiction, but I then decided to further my research and link it to the fact that most people who use socials and platforms on a daily seem to be unmoved by censorship and this lack of freedom and keep becoming more and more addicted to social media in ignorance of what is going on behind their screens. The way I illustrated this addiction is fairly strong in its depiction, suggesting that our addiction has reached an all-time new high as we text and scroll through our media platforms and messages while using the restroom, without even leaving our phones for such a private moment.

Social media has grown more addictive than drugs, and this isn’t being addressed; similarly, deception, surveillance, half-truths, reprisal, and censorship appear to go unreported much too often. 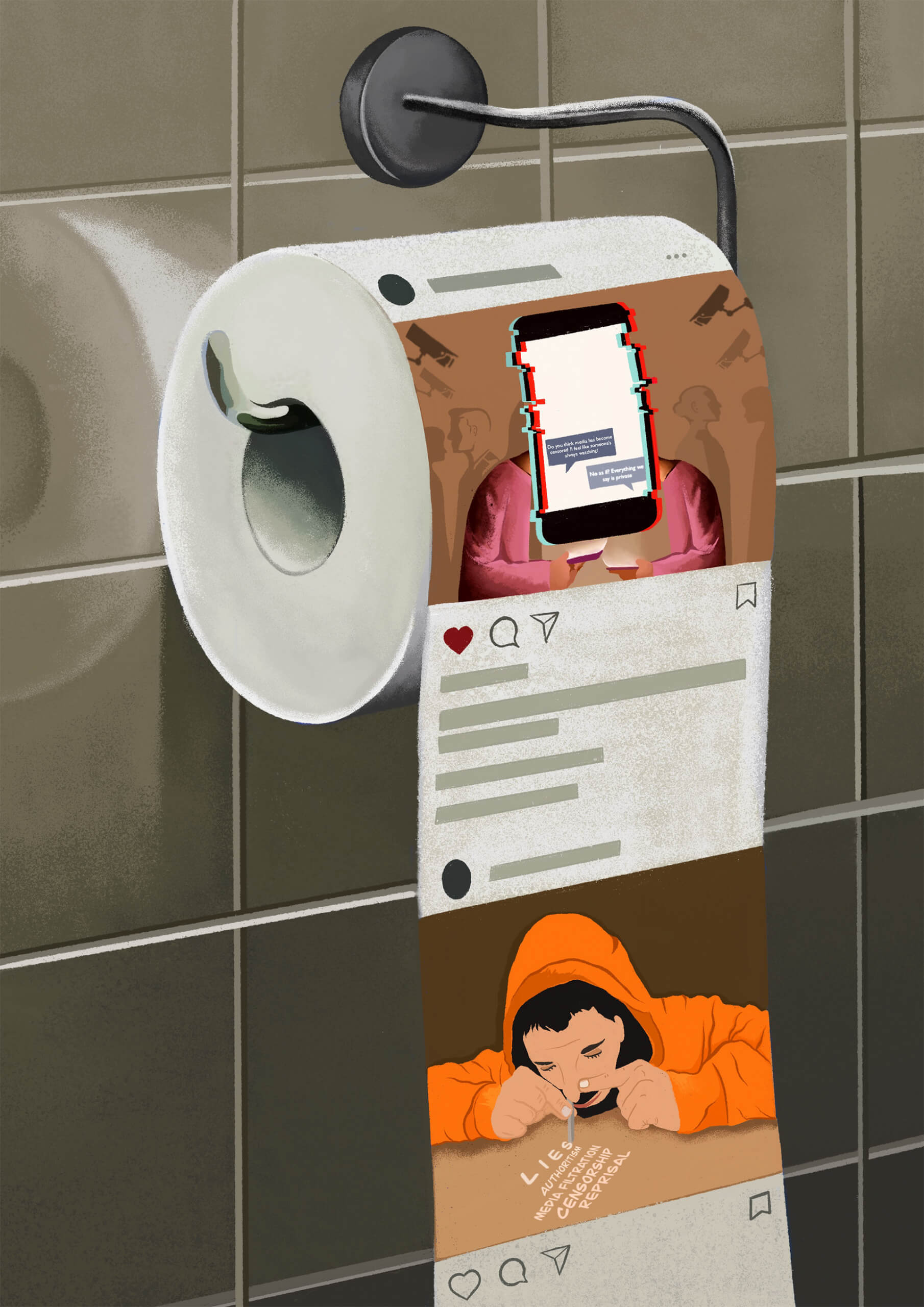 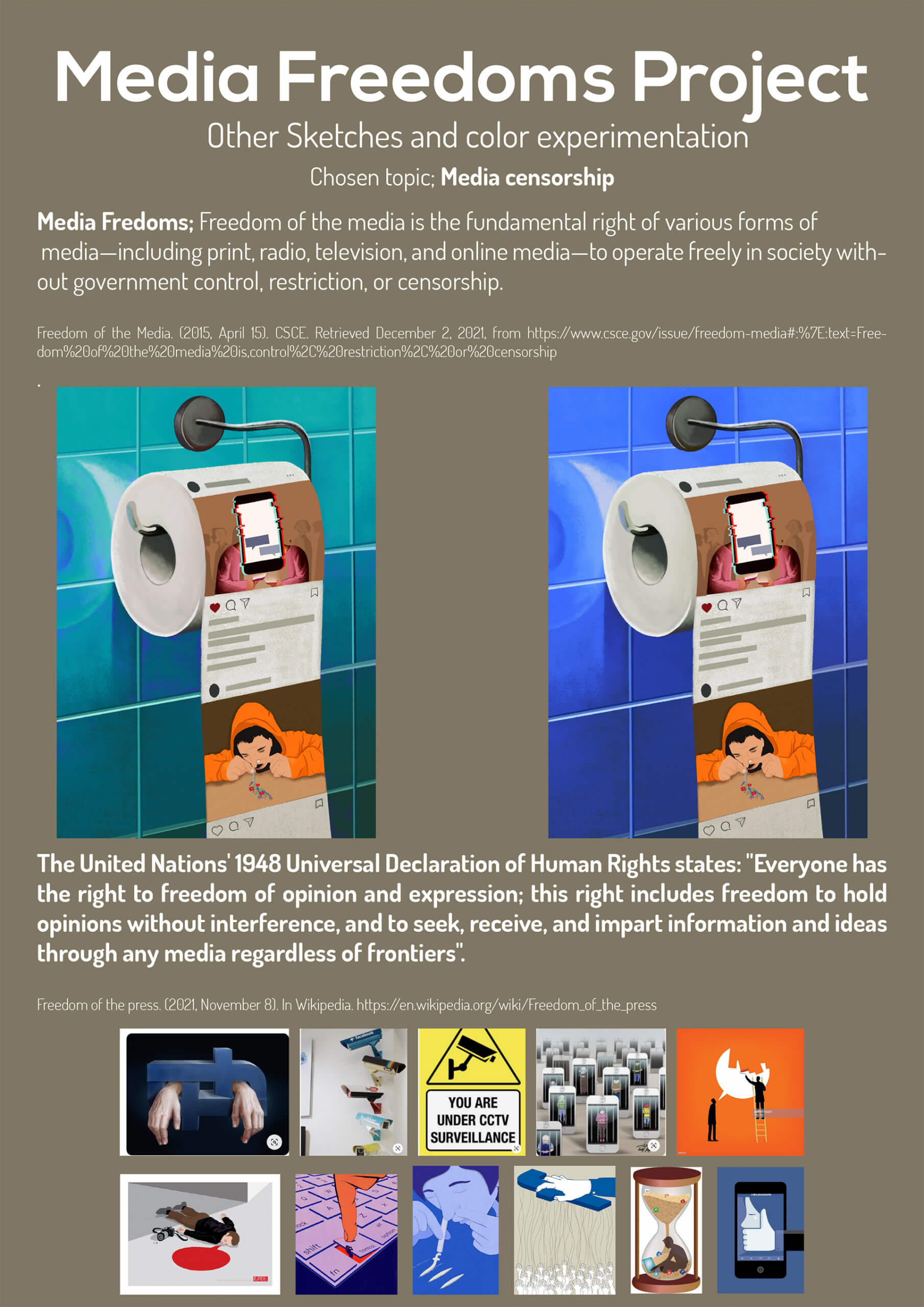