Trigger Question: What do you think is ‘the Media’ these days

In this illustration I have decided to tackle the concept of Social Media taking over. Social Media is a very big part of our lives to the point where it is used every single day by a large portion of the public. Social Media is important as it gives us any information which we need whenever we need it, helps us to communicate with others, and allows us to share our opinion with the public.

Nowadays social Media has become so important that many people now have jobs connected to it. It has become an essential to life where people assume everyone has access to internet and a computer.

In the illustration I have drawn the reality of what its like to live day by day, sitting at a desk weather its working or entertainment, looking at a screen. People have no become so dependent on social media that the majority have not noticed how much it controls their life.

Living in the 21st century it is a must to have social media account whether you want them or not as that is now how information is communicated. The illustration is a simple illustration using a minimal colour palette (colours which are often used for social media logos) and a simple style so that it attracts anyone scrolling past. The pictures on the wall are social media logos in order to push the point across further.

With this illustration I hope that people become aware about how dependent they are on social media, what is has now become and how it now controls our lives. 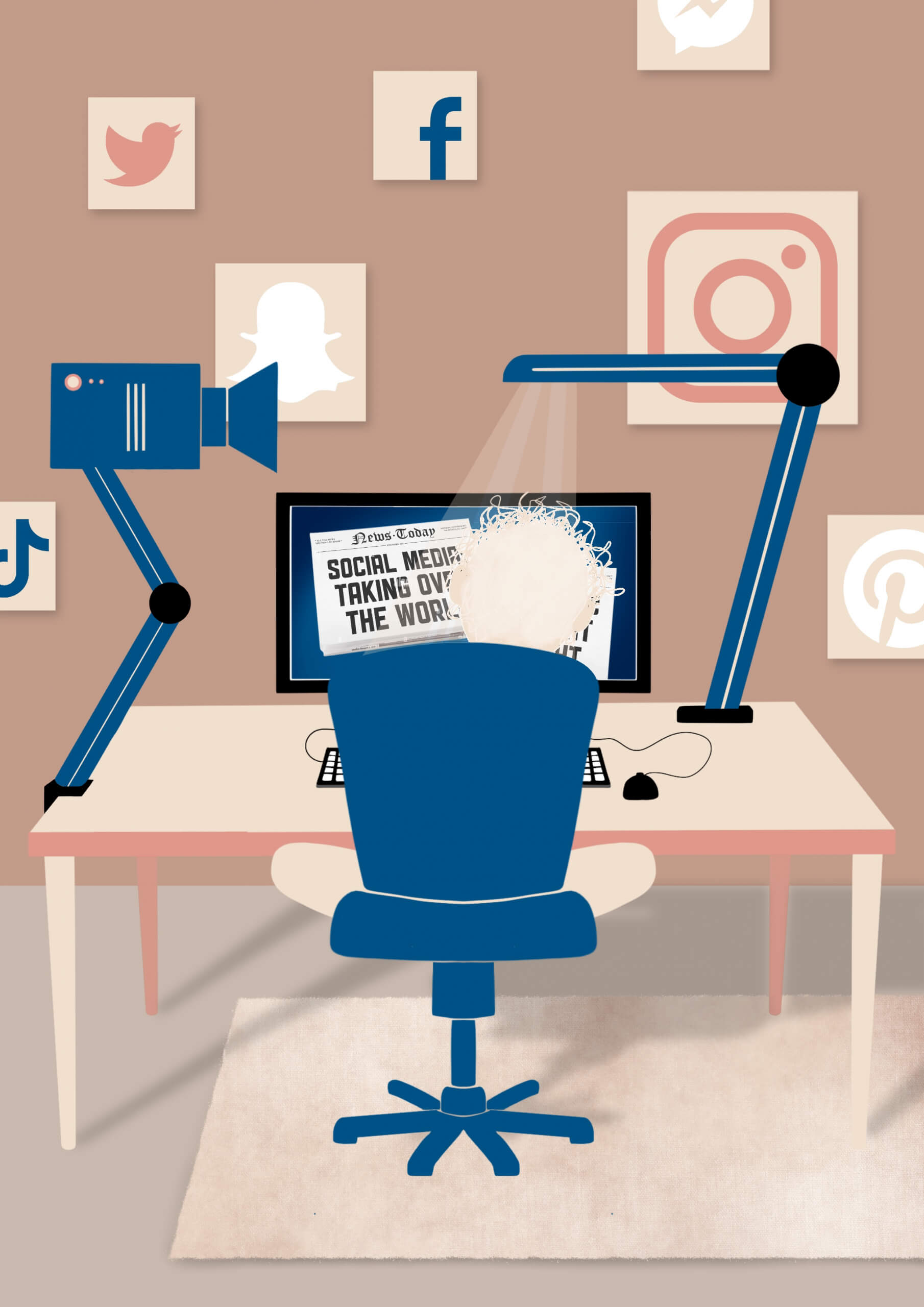 Amy Rizzo – Hype me up
Scroll to top