A student’s view on the stasis of Maltese media 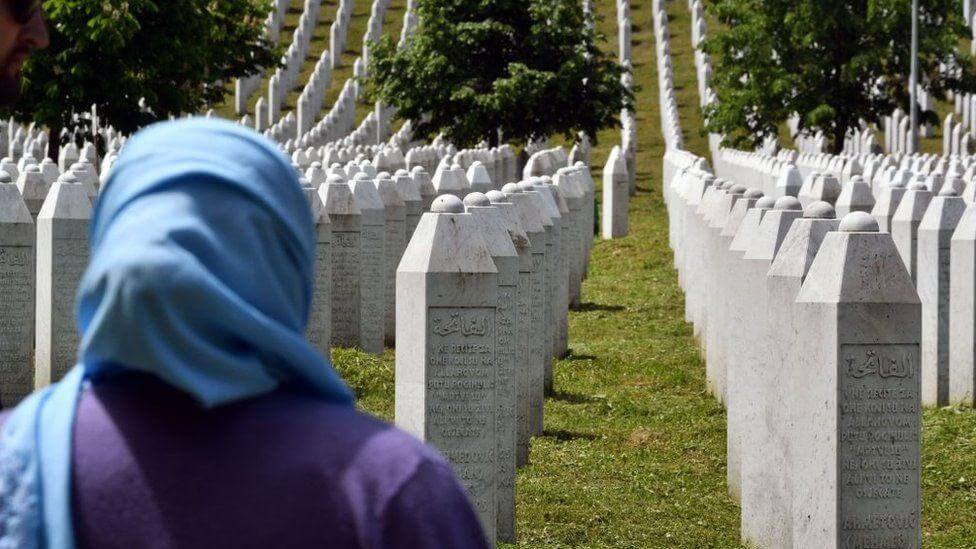 May 25th 2020 is the date when George Floyd was brutally murdered by an American policeman, a figure of American authority. After a year of silence since Lassana Cisse’s death, Republic Street brimmed with hubbub on June 8th 2020, when the first Black Lives Matter protest filled Republic Street, in his honour. These protests drew counter-protests from mainly middle-aged men with a questionable agenda, challenging the idea that justice for Lassana Cisse was to be sought, proving that the discussions on social media was just noise because there were still people whose argument was that Lassana Cisse would never have been murdered if we closed our borders and let ‘them’ drown. The protest was needed earlier, but there were no American tragedies to inspire the Maltese to protest one of its own, and that’s where modern media has failed the Maltese society.

Malta was not the only country to wait on America to start protesting the social injustices of its country, as this was the case with the rest of Europe. Herein lies a dangerous reality; The hegemony of American media has rendered the rest of the western world into a game of Simon says of massive proportions where European media seems to hold its breath in anticipation of American approval. The lack of local initiative stalled the tackling of issues that could’ve been tackled earlier, as seen in the case of Lassana Cisse’s murder. It was only when the Americans rioted and protested when the Maltese media urged its society to do the same, drawing inspiration from what seemed trendy at the time. Posters and articles announcing demonstrations calling for justice for Lassana Cisse didn’t pop up when he was murdered, but when America was engulfed in protests of its own. 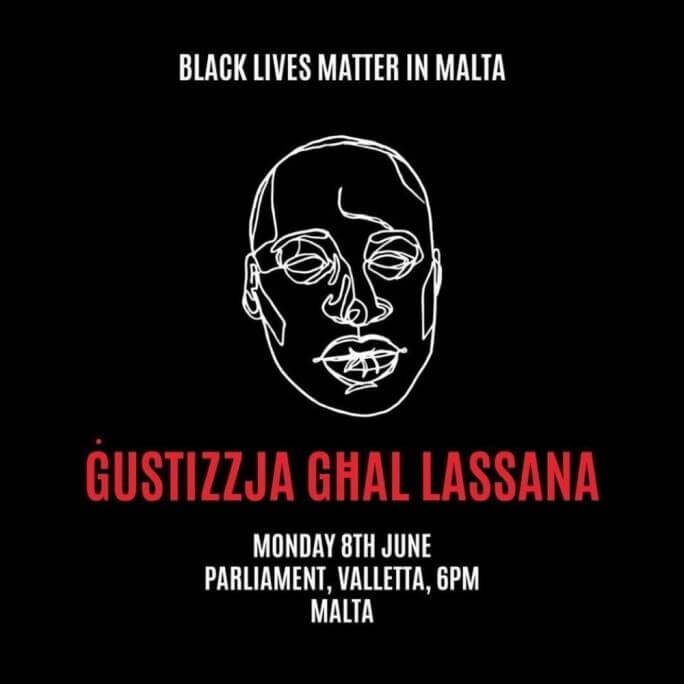 Figure 2: A poster displayed in an article on MaltaToday announcing a demonstration for justice in 2020, a year after his death

Proof American media hegemony is strong and present in Maltese media is the fact that racial injustices have not stopped at all, yet no protests have been announced nor encouraged when these injustices continue to happen. On the 24th of July 2021, a Somali immigrant was attacked and verbally abused by around 15 Maltese men in Gozo before being thrown into the sea at the Mġarr harbour. Republic Street remained silent. September 28th, 2021, Jaiteh Lamins, an unlicensed construction worker fell while working at a construction site and his boss left him to die on the side of the road, to avoid getting in trouble with the authorities for illegally employing immigrants. Republic Street remained silent. Ahmed Adawe Diriye fell to his death on the 22nd of December 2021 and his identity after the incident remained unknown for quite a while since he too was an unregulated worker. Republic Street remained silent. Perhaps they will become relevant once another tragedy happens in America, then the streets just might be taken to with posters of these men who were failed by our society of supposedly catholic values.

In the West, the hegemony of US media has instilled an attitude which prioritises entertainment and spectacle over looming disasters and crisis, with marketing and economy in mind. These disasters and crisis will eventually be discussed when they are no longer looming but here, with the consequences kicking down our doors. While an immigration crisis is brewing all over Eastern Europe, the next big Netflix show is discussed on social media and while we are heading to a covid induced economic recession sprinkled with the consequences of climate change, conspiracy theories are given the light of day. This is a gross misuse of the potential of social and modern media, and while it may seem that I am suggesting that modern media is to be misanthropist, this is not the case. This article casually discusses that while there is still time, media platforms should opt to discuss preventable disasters instead of catering for likes and clicks to maximise their advertising margins. 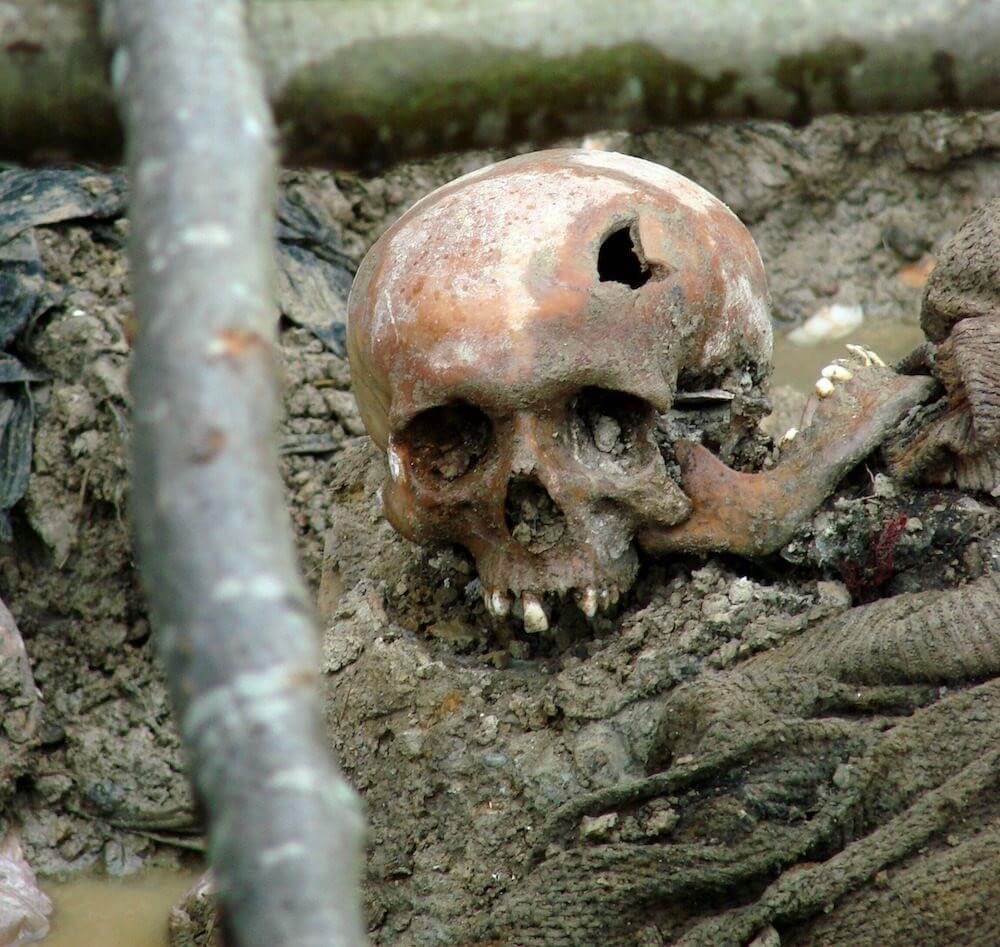 Last November, the name Milorad Dodik was discussed only once on the Times of Malta website in an article regarding the dire situation Bosnia and Herzegovina find themselves in. Bosnia and Herzegovina are at the risk of another civil war, and the world is letting it happen, again. The Bosnian Serb leader of Bosnia, Dodik, is urging the Bosnian Serbs to boycott Bosnian institutions with the aim of making the Republic of Srpska independent. Boycotting these institutions is a violation of the 1995 Dayton peace agreement. Dodik is also threatening a forceful secession by planning on forming a Bosnian Serb army, which is an eerie parallel to 1995 when it was the Bosnian Serb army that committed the genocide in Srebrenica. Dodik and his army have the support of Russia and Serbia, while the rest of the Bosnians find themselves alone, on the verge of getting massacred, again. The European Union should aspire to safeguard the rights and livelihoods of all European people, Union or not. This issue is most definitely in the European Union’s sphere of influence, after all, Serbia, a supporter of Dodik is an aspiring member of the European Union that has already gone through the screening process, with its entry into the Union possible by 2025. Another civil war would cause more problems for the European Union with an immigration crisis a sure-fire consequence of this, not to mention genocide. History, when forgotten, tends to repeat itself, and it seems that we are heading for another instance of too little, too late. What did the Maltese media focus on during November? While an opinion article was written regarding the dire situation in Bosnia, it was not even shared to Times of Malta’s Facebook page, which is one of their main sources of their reach nowadays, arguably their most prominent platform. Instead, Times of Malta opted to share 4 posts (3 articles) regarding Russell Crowe’s visit to Malta in the span of 4 days. A mundane article regarding Crowe teasing his fans on twitter, was shared twice on Facebook, on the same day.  This coverage of Crowe’s visit to Malta seemed excessive if not obsessive, all the while a brilliant opinion post regarding Bosnia’s dire situation was ignored on the side-line and wasn’t even shared on Facebook. The hegemonized capitalistic values are clear in this behaviour by Times of Malta by their tabloidesque choice to cover Russell Crowe’s return to the island and his acknowledgement of our beloved rock more enthusiastically than a looming genocide and immigration crisis. The spectacle that a well-known actor speaking about our country creates simply generates more likes and clicks, which is all that matters in the attention economy modern media is centric to.

As a student of media and a worker at the Ministry of Foreign affairs, it is disheartening to see media outlets using social media as a marketing tool first, and a platform for change second. It is even more disheartening to see that instead of acting independently, European media seems trapped under the hegemony of American media. It is a massive shame that social media is being used to bawl over tragedies after they happen and obsess over tabloid quality glamour spectacles. While both tragedies and entertainment spectacles are both newsworthy issues and should be discussed on our media platforms, why should they be prioritised over news and information that can help prevent future tragedies? Our media freedom is being used as a tool for profits while the potential of having a platform for change and prevention of future tragedies is being squandered. This is a shame because of the following. These big media outlets which behave in this way are setting the standard for the whole mediascape and for all upcoming media outlets. Newer media outlets such as FreeHour driven by students and young adults seem to have adopted a glamourous approach to their platforms, relying on mundane tabloidesque news items rather than looming problems that don’t need a lot of foresight to recognise. More worrying than this, the social and global issues discussed by outlets such as FreeHour always seem to follow a trend set by the established news outlets and prominent social media accounts. When national and global issues are actually discussed, their articles seem to essentially be a poor regurgitation of Twitter takes and articles written by the bigger outlets, a micro example of the Simon says game that I mentioned. We find ourselves in a worrying predicament to our journalistic integrity with an even more worrying predicament for its future, especially if modern media continues to misuse its tools.

Footage emerges of black man getting beaten, thrown in sea in Gozo. Times of Malta. (2021, July 24). Retrieved November 30, 2021, from https://timesofmalta.com/articles/view/footage-emerges-of-black-man-getting-beaten-thrown-in-sea-in-gozo.888865